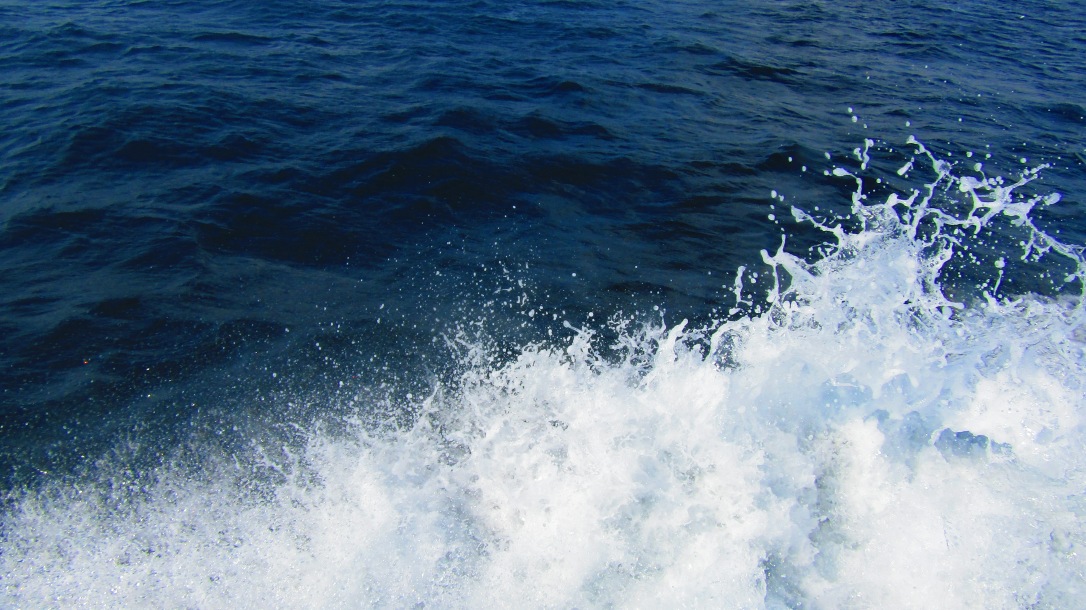 So, it started on Monday 17th September, and continued without a break until Friday 5th October.

Below, is a haphazard collection of random thoughts, and photographs, par excellence.

Moody and arty, eh? Sailed at 4.45 into the tailend of a hurricane, heading to Ferrol in the North eastern bit of Spain..

Oooh, look – a sailboat at the bin end of the River Test. Southampton, England. 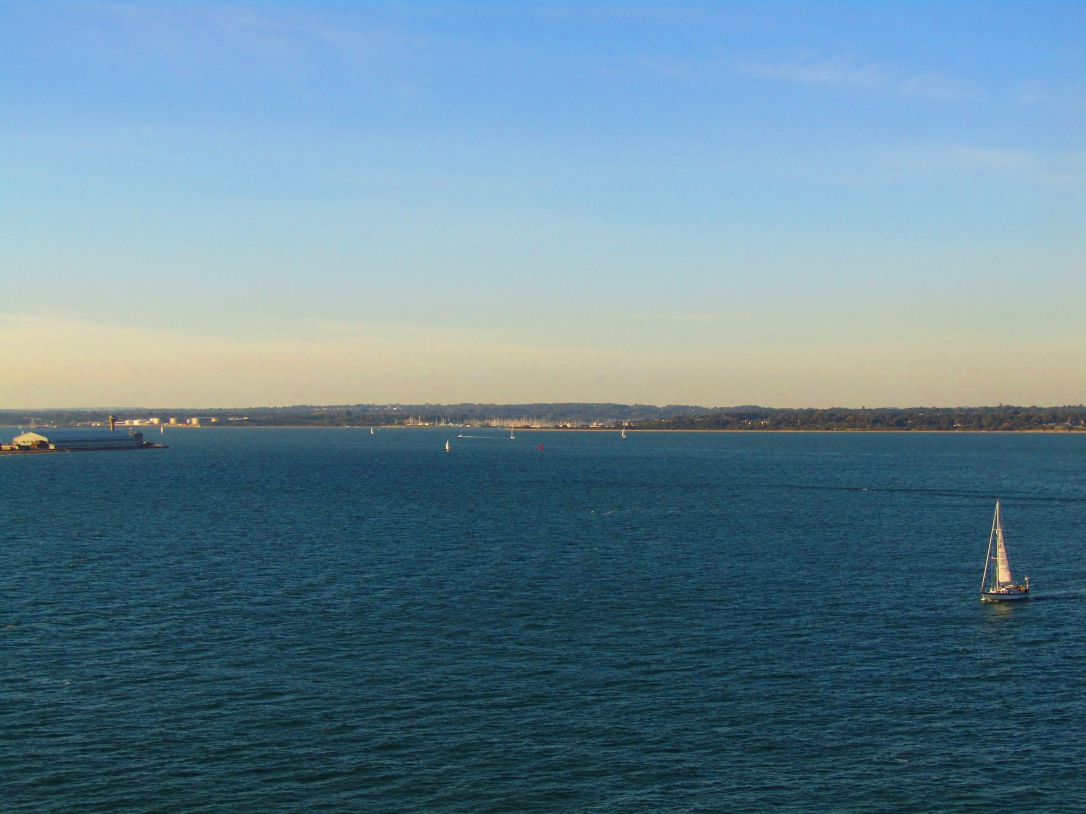 Tuesday 18th September was at sea. Bumpy. Can’t take any photos in those conditions – and, soon it was..

Wednesday 19th September – and after a period of what felt like just over a day at sea, we arrived into Europe. Ferrol. Which looks like this, in the dark

Headed out into the countryside – and to the Paco De Orza gardens, about an hour from the port. Misleadingly billed as the ‘Versailes of Spain’ it is nothing of the sort. I mean, the part about it being in Spain was correct, but was nothing like Versailes. No sulky French moaping around for a start – and smaller. A lot smaller. 4 walled gardens and a two part lake (pond with attitude). Nice though. Brief photographic record follows.. 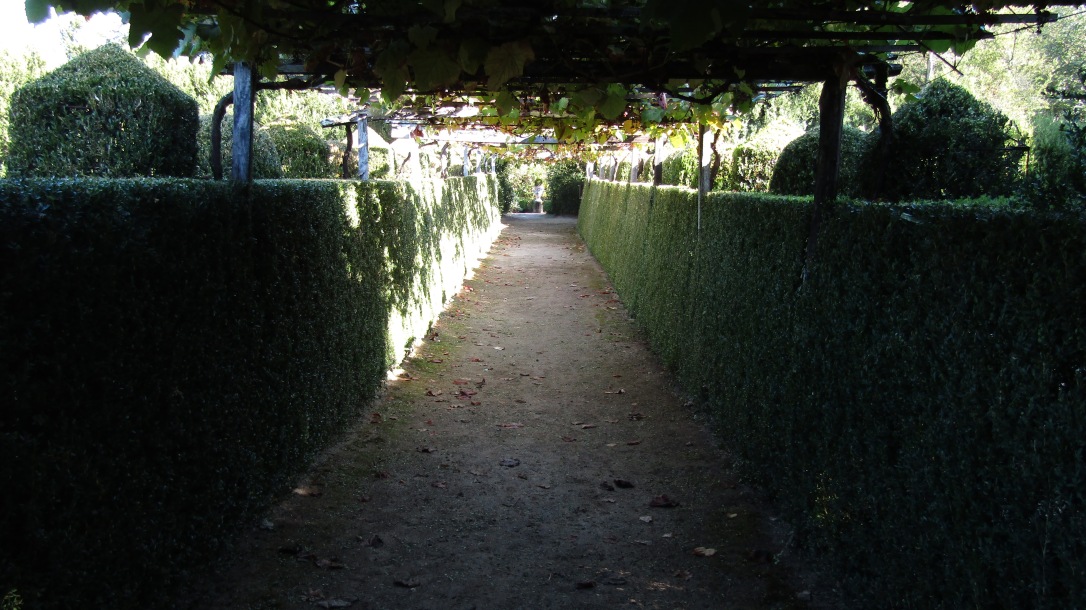 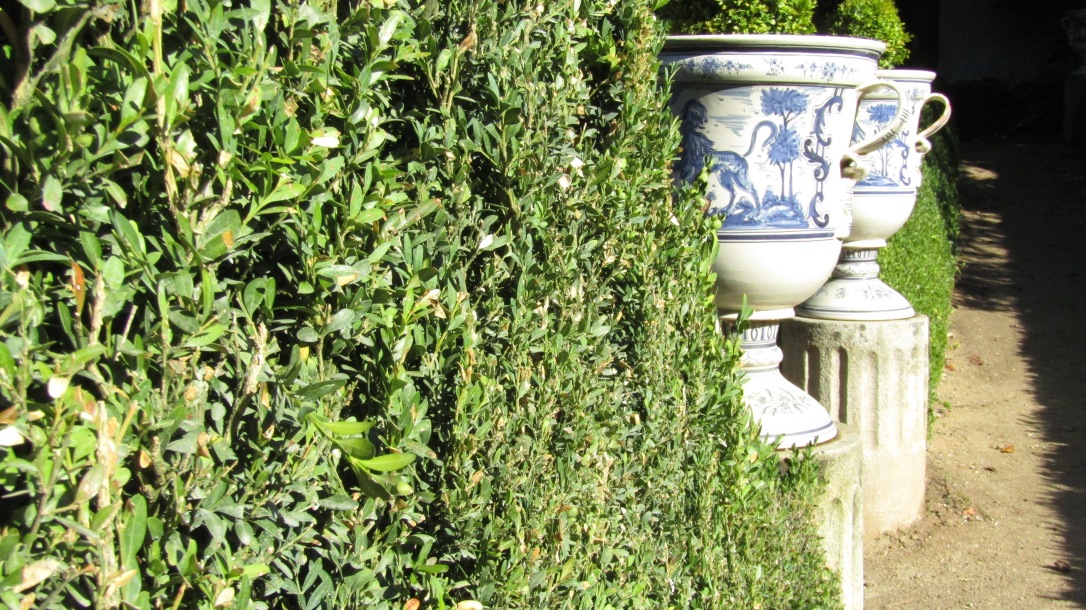 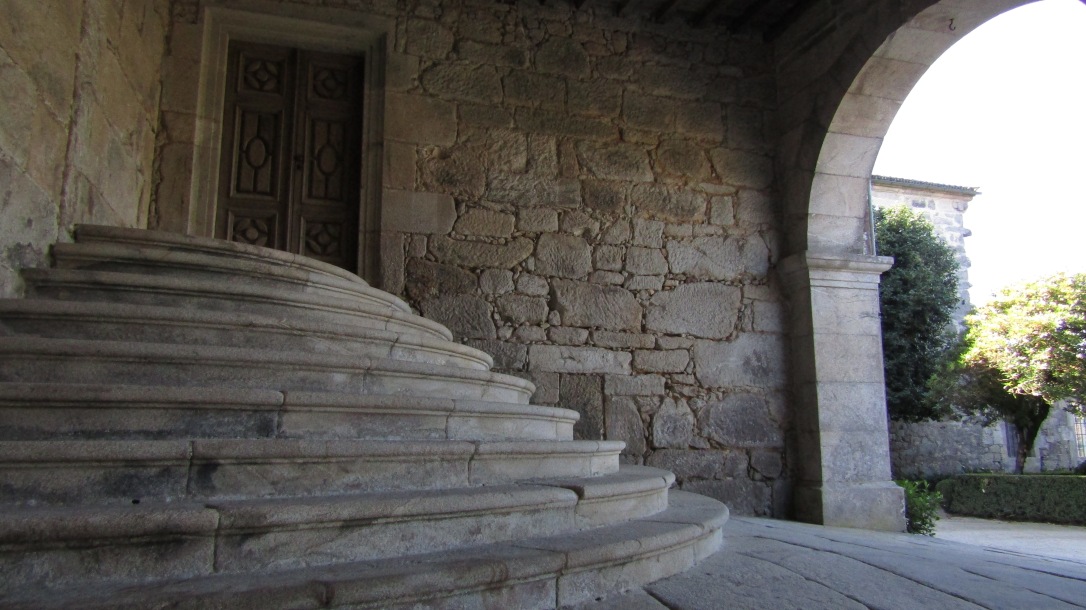 After, a quick trip to a vineyard to sample some of the local plonk/paint stripper. Here is a bottle of the house white in a more ‘rustic’ nature

All too soon, time to head back to Ferrol, and after a short walk around (clue – you didn’t miss anything) board the ship to sail to Barcelona. Random shots of Ferrol as we speeded away..

Thursday 20th and Friday 21st September – More at sea action. So, nothing else to do but prowl around the ship with the camera.. 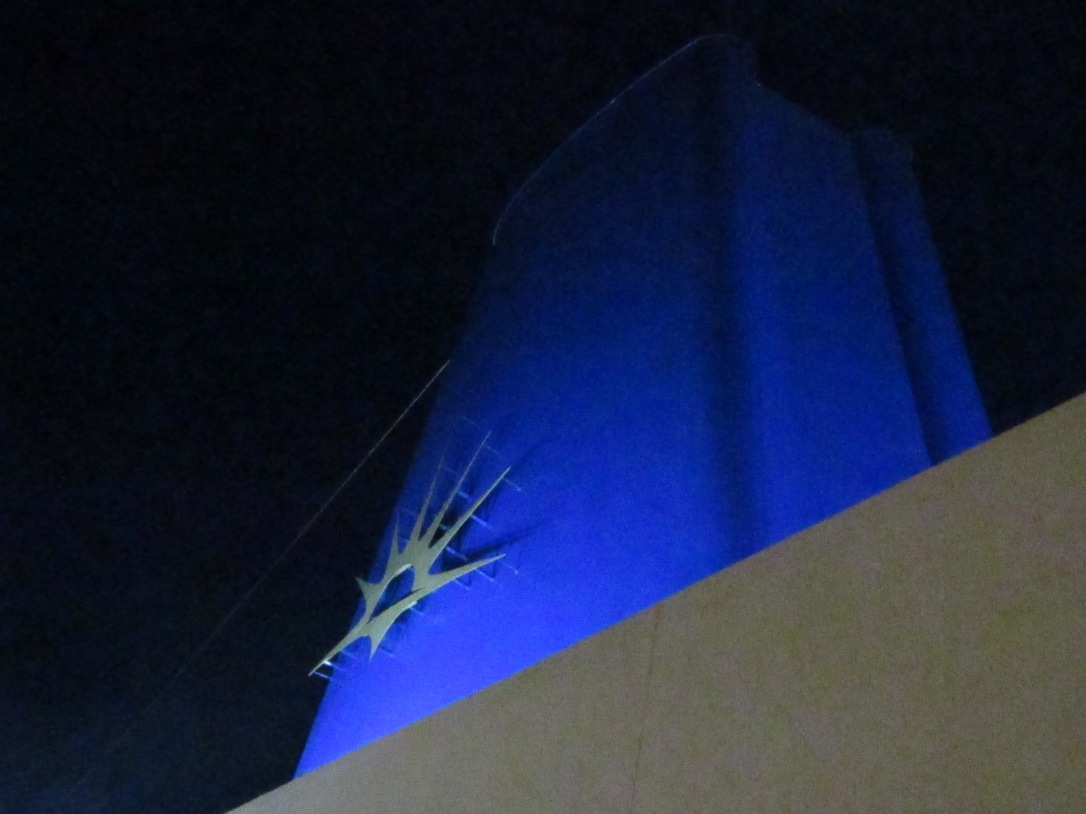 And, Saturday 22nd September found us in Barcelona. To fill the gap between breakfast and evening dinner, needed something to do, so headed out and got a tourist bus. Saw some sites, sat in some traffic jams, and ended up at the Parc Olympic, main hub for the 1992 Drug Assisted Olympic games. At least, unlike London, you can have a look into the stadium where some running, throwing things and jumping over things took place. 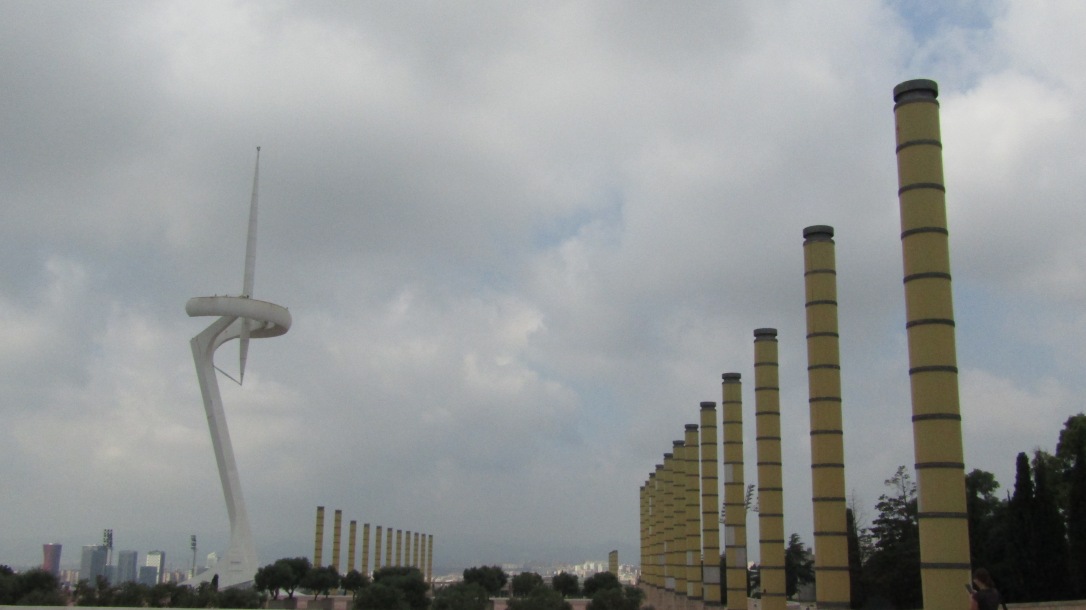 Back at the ship – the views from the back of the ship.. 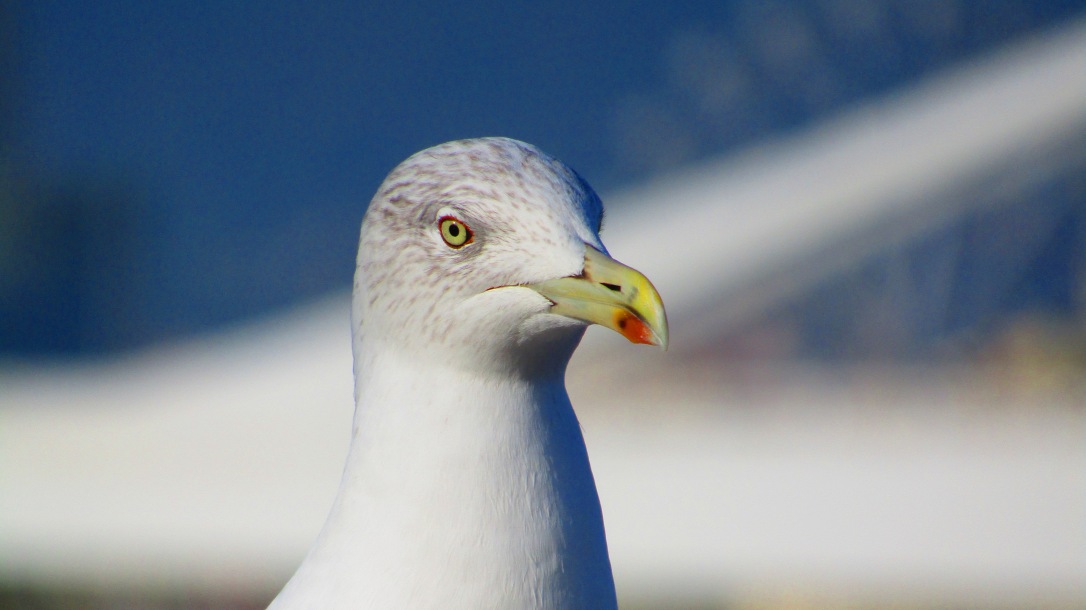 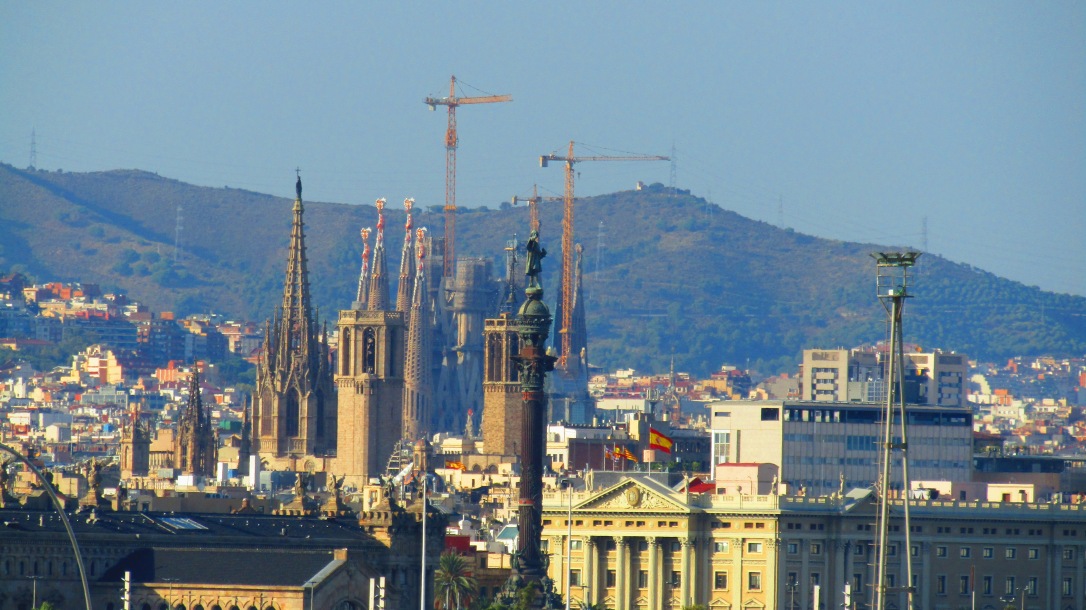 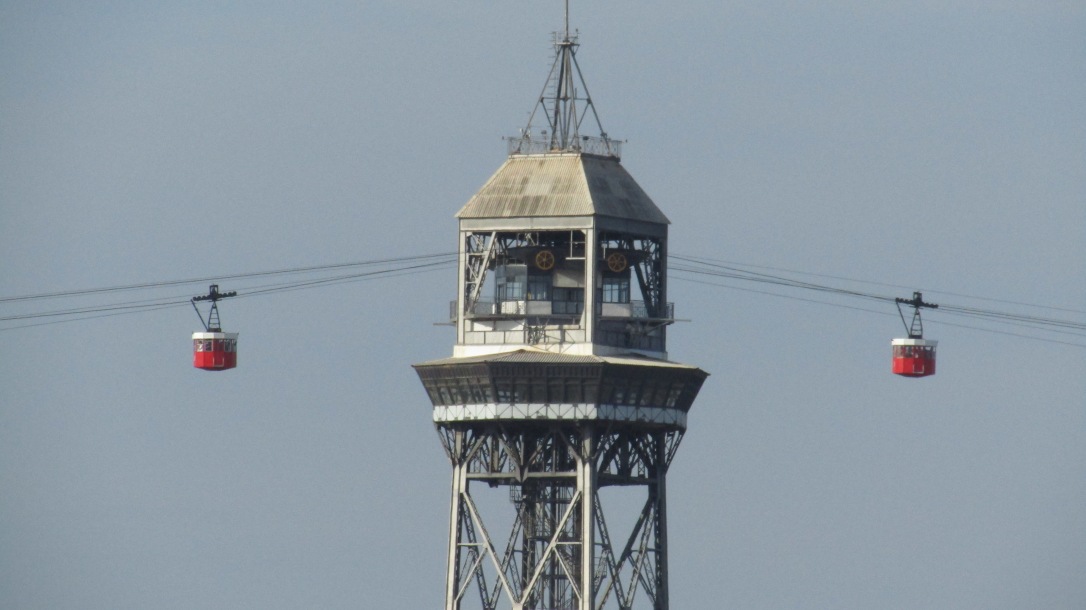 And within the space of 12 hours, it was bye Barca and hello Mallorcia. 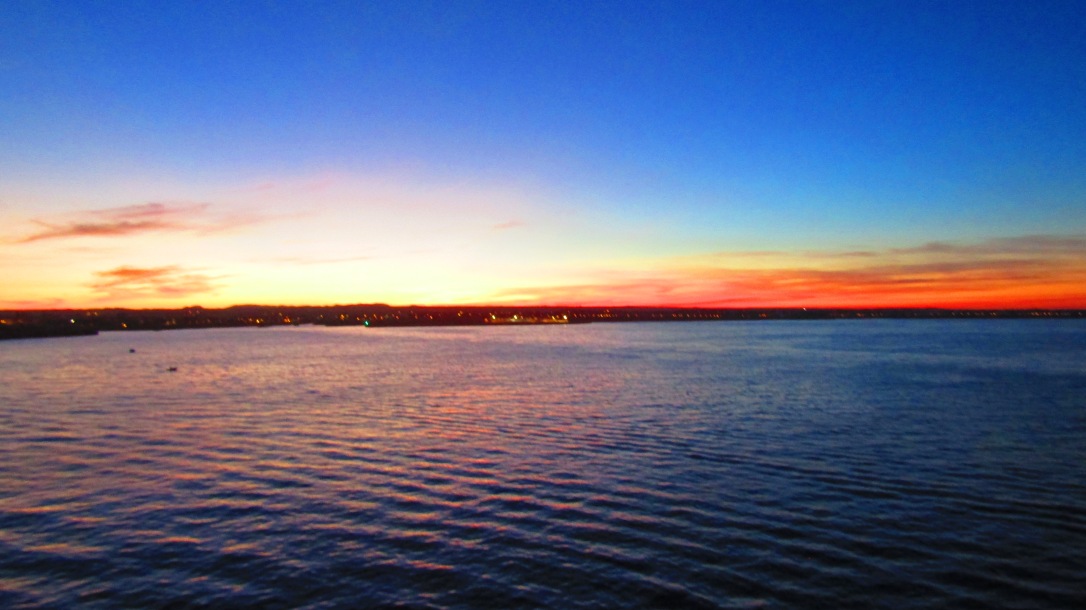 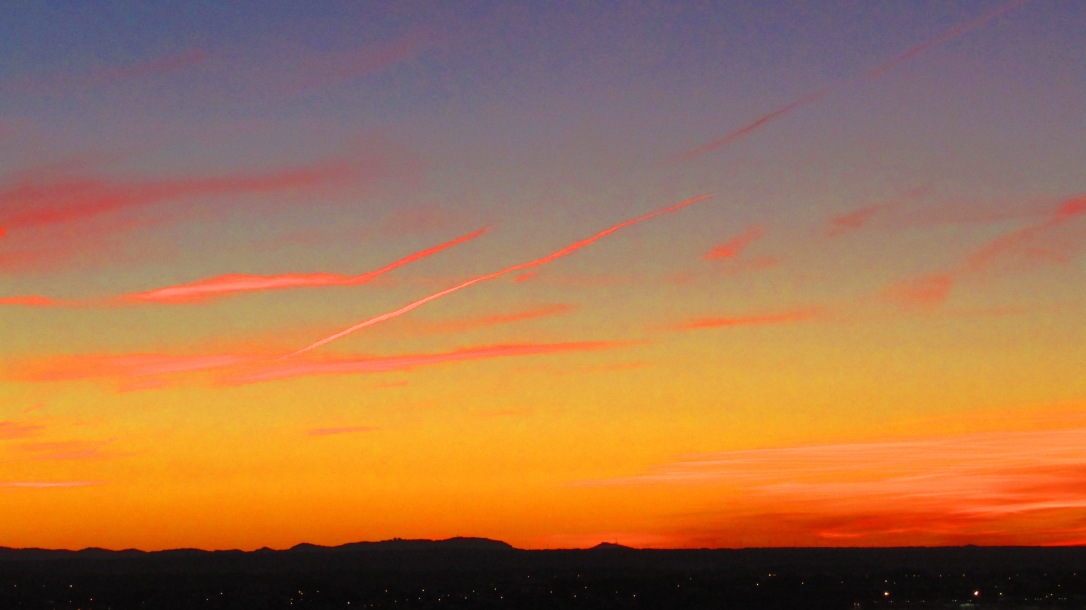 Did what is known in the trade as ‘did me own sort of thing’..

Anyway, a riot of blurd colour upon leaving.. 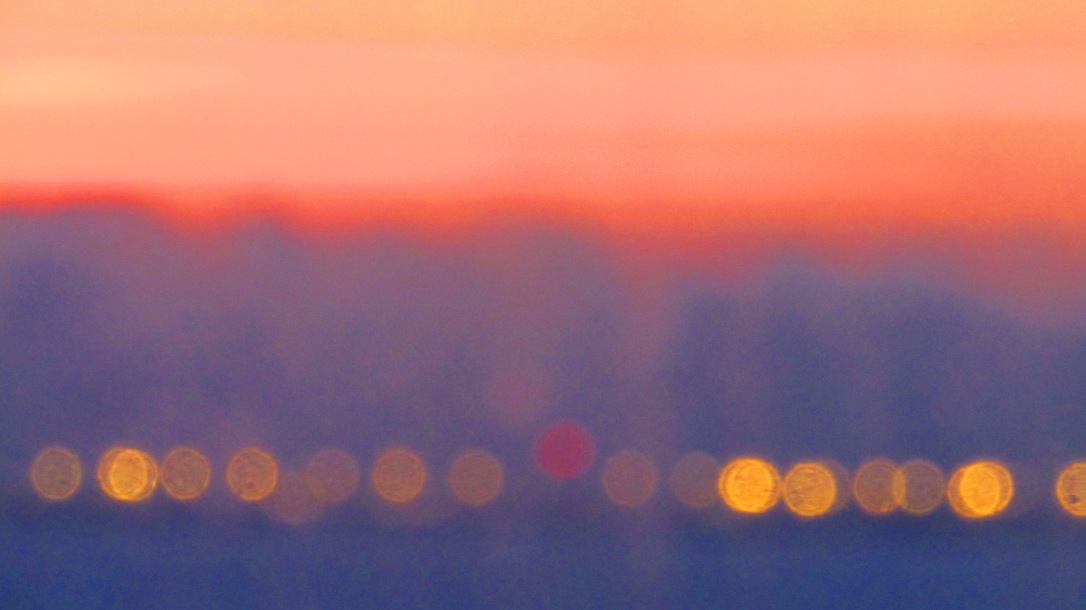 Now, if you like hard backed reptiles – then here’s Monday 24th September, and you are in luck..

Off to Tortoise World – that’s not it’s official name, but basically what it is. One of three sanctuaries in the world, over 100 species of tortoise, turtle and terrapin.

This old lad reminded me of the Portsmouth defence – slow and lumbering and vacant looking. He is one of the oldest residents in the sanctuary – a mere 53 years young. 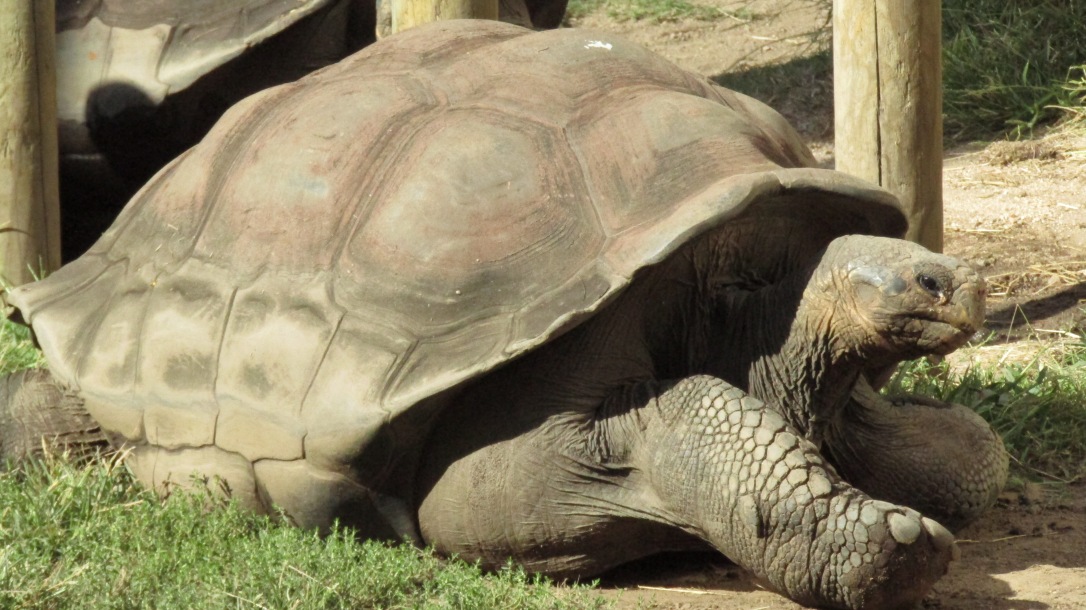 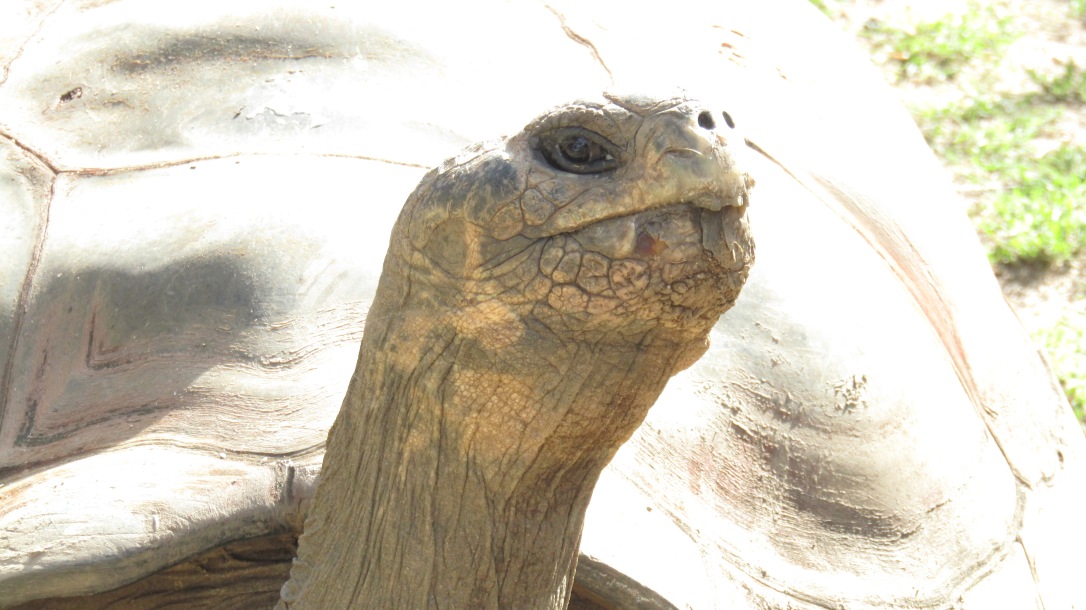 And here are some of the newest arrivals, found in the ‘nursery’. A collection of 16 day old Indian yellow back shell tortoises..

And some formation basking in the increasingly warm late September sunshine..

Afterwards, headed to the beach at Porticcio, just across the bay from Ajaccio 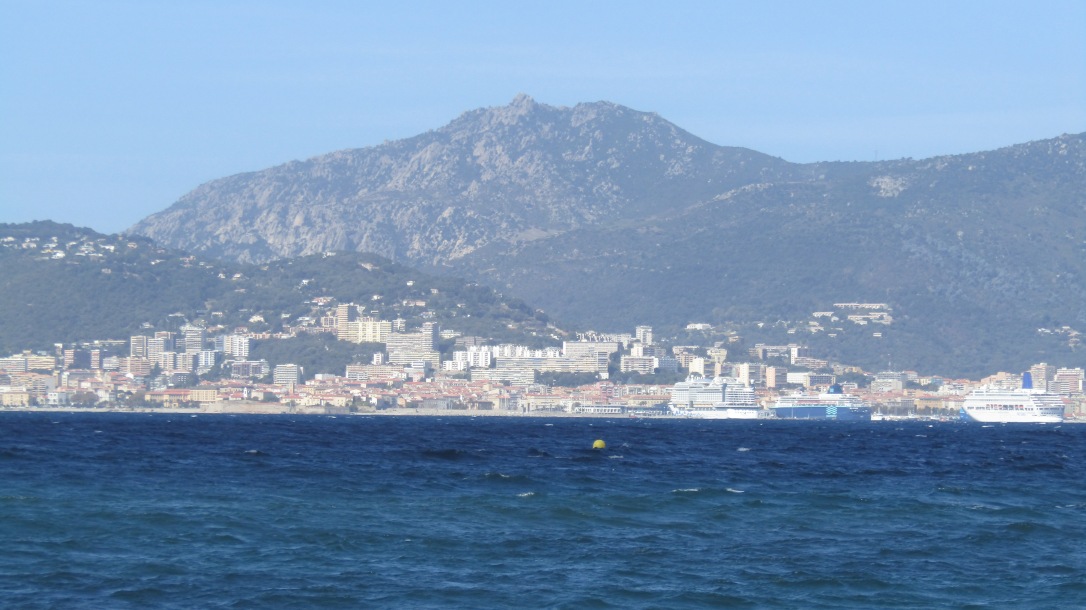 And after getting quite distracted by a French tv quiz show on TF1 in a shop along the coastal road, dragged myself from it – and noticed a kitesurfer 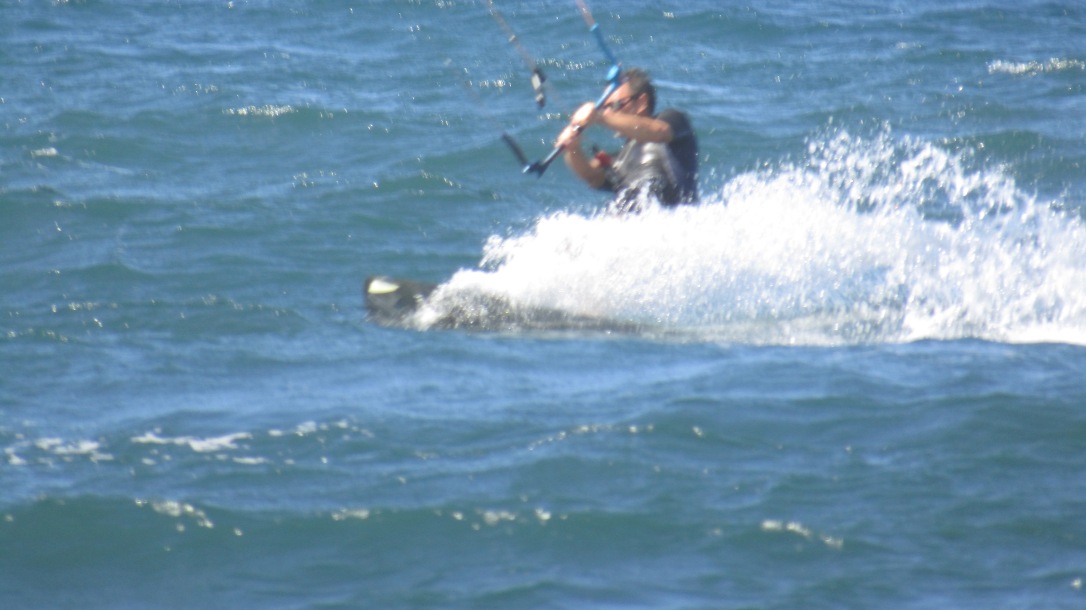 And that was that.

Tuesday 25th September was supposed to be a grand entrance to Olbia on Sardinia. But it was too windy and choppy to dock – so, off we sped to Civitavecchia 16 hours early. To which I don’t appear to have taken any photos of it. And with good reason. It’s a rather non-descript scruffy western Italian port at the other end of the motorway to Rome. Theres a church, a railway station, and a couple of restaraunts trying to attract diners with a mix of authentic Italian cooking – and playing ‘thump thump’ dance music from speakers at earshattering volume.

So, after I’ve just ruled myself out of becoming head of tourist marketing at Civitaveccia council..

..Wednesday 26th September. Morning on the ship (no photos) Afternoon trip to Montefiascone to the Antica Cantina Leonardi winery. Sampled some. Ok. The winery is on top of a hill, so they mature the wine in oak barrels in a cave in the hill side for at least 3 years, before flinging them to the shops.

Afterwards, to the inland lake village of Marta. It being 4.45pm at the time, and a rather sleepy place it was closed. 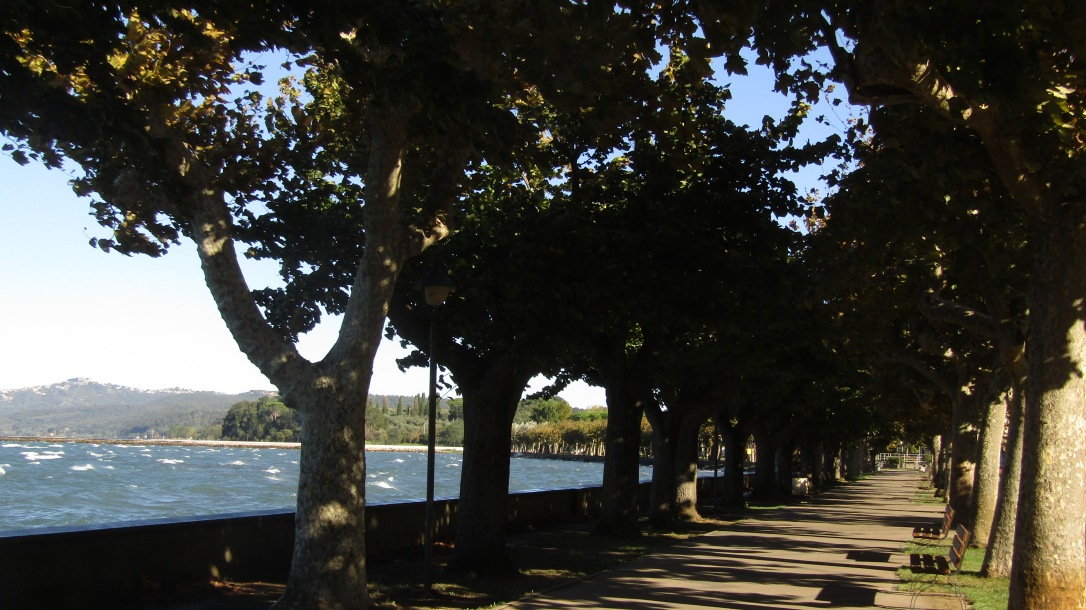 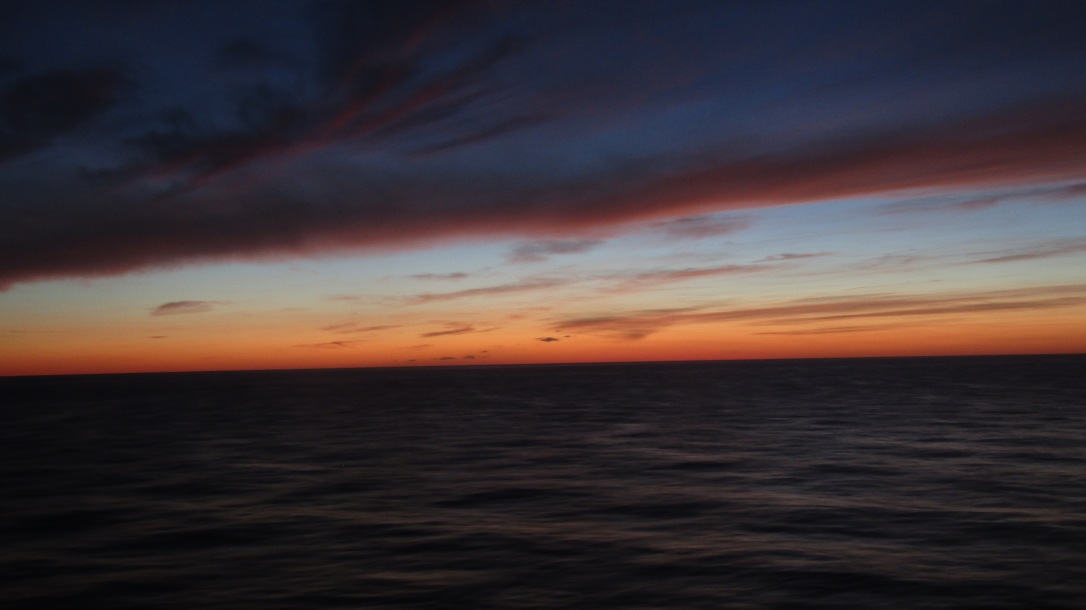 And, off to the train station to buy a bus ticket to Portofino (as you do), just along the coastline on the 82 route. Which, runs the West Midlands 82 Wolverhampton – Dudley via Bilston very close for pure scenic beauty.. 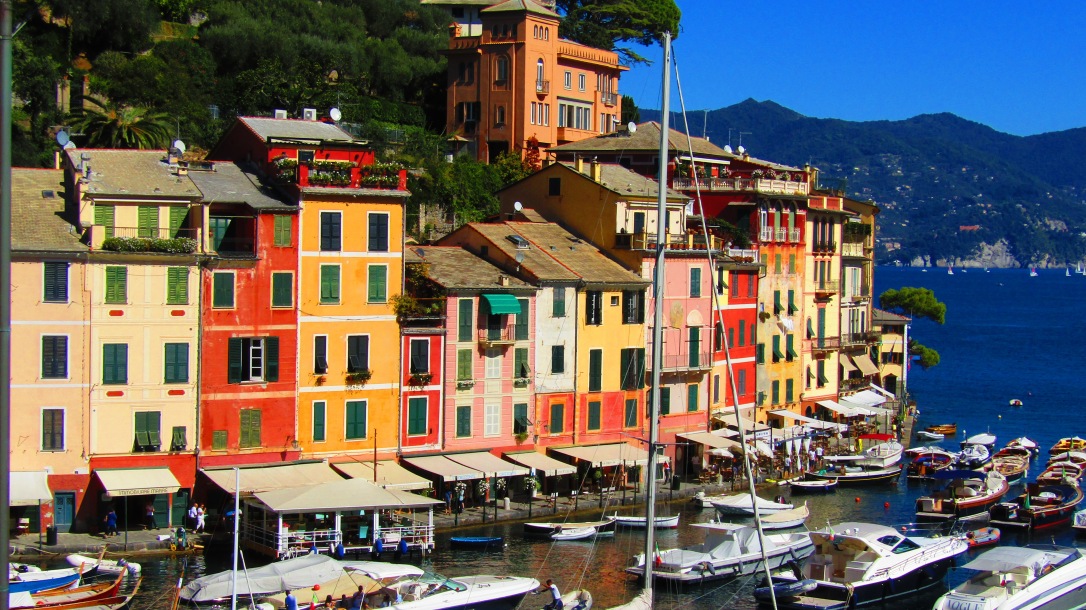 That’s our ship..Just by another one of those dodgy Italian motorway bridges made with concrete struts containing people who double-crossed the Mafia.. 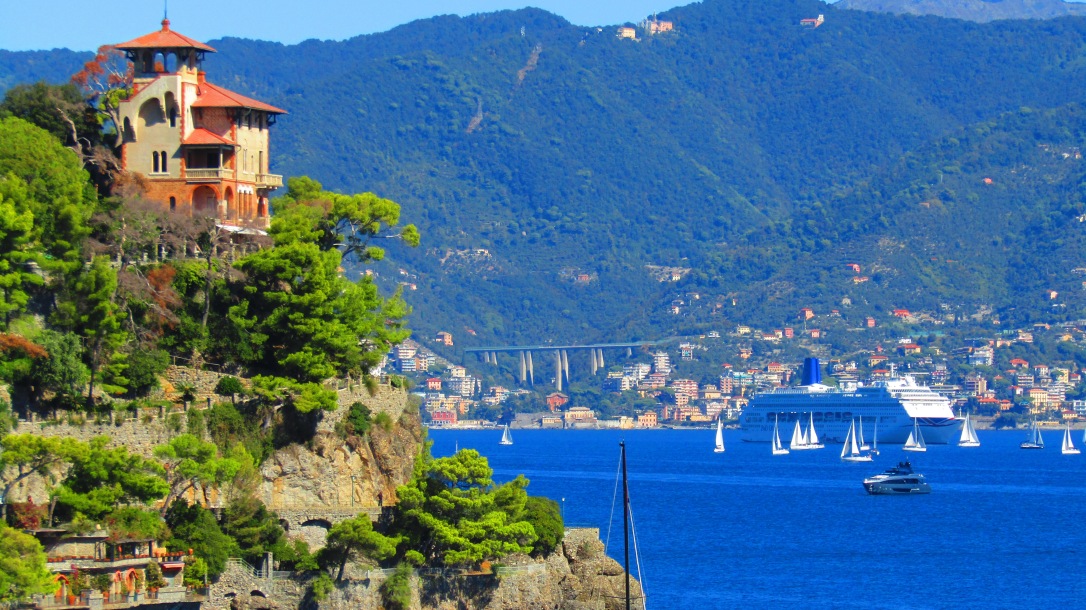 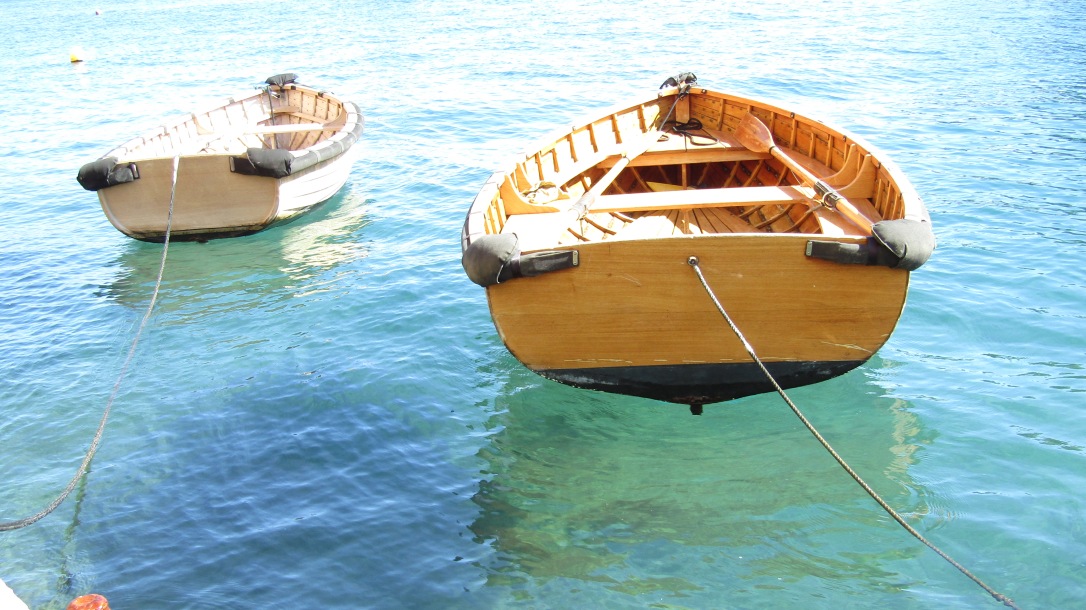 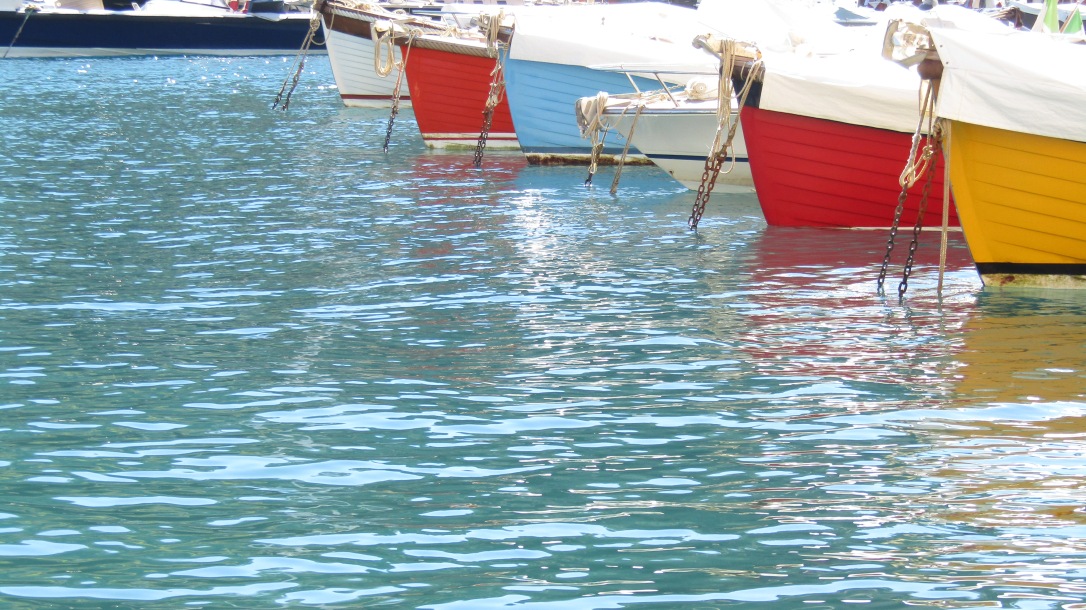 Big boats and rich people wandering around.. It would be great to go to a place the next day where I could escape that.

Another cloudless (ish) clear sky sail-in – if, for techincal reasons, a bit blurry

So, off to Monaco – where it was the last day of the Monaco Boat Show. There were a few little dingys and runabouts on display 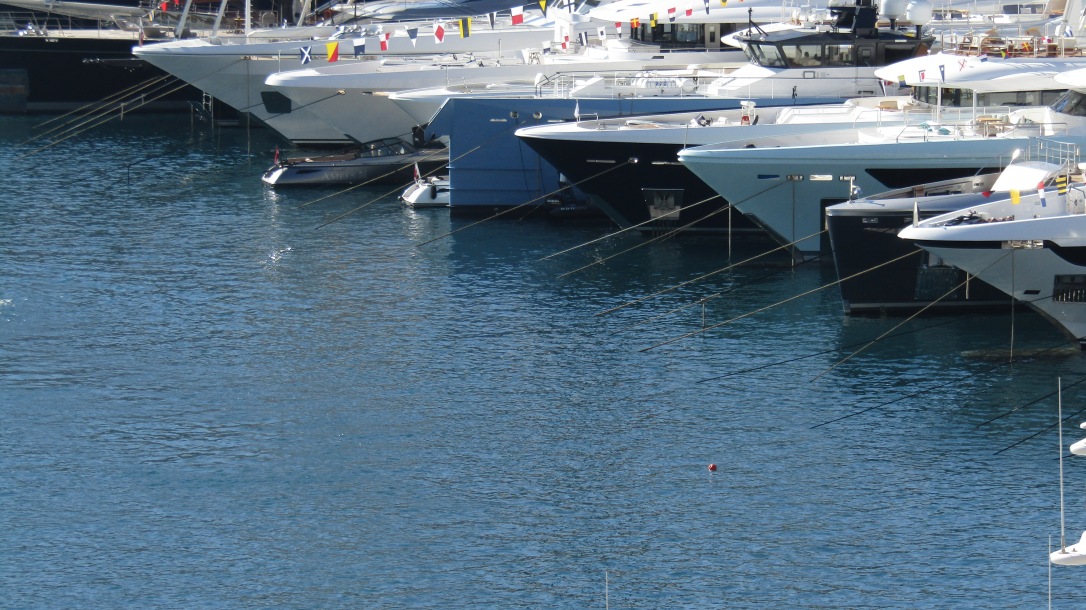 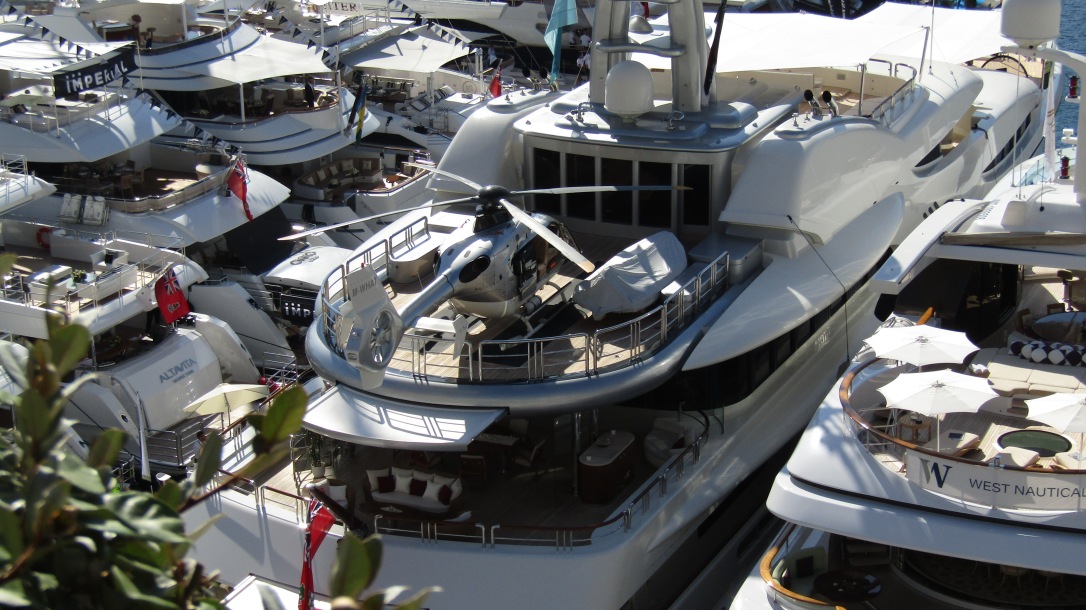 $4.5 million cruiser, wonder if the rubber duck in the hot tub is an optional extra?

Probably. Niki Lauda once said the Monaco Grand Prix was like riding a bike around your living room – great fun, but a massive accident waiting to happen.

Nothing more than a tenious link to some Monaco F1 related photos – and the official palm trees of the Grand Prix.

Monday 1st October. Leaving Italy and France behind, and back to Spain. Almeria. And..

‘Scuse me – What you looking at?

No idea who that statue is. Or why I photographed him in fish-eye mode.

Trip upto the Sierra Navada mountains – but with no stops to take some photos, so they either had to be taken from the coach windows

There was one stop. At a hotel and bar in the mountain foothills and about an hour out of Almeria. Nice gardens and paving. 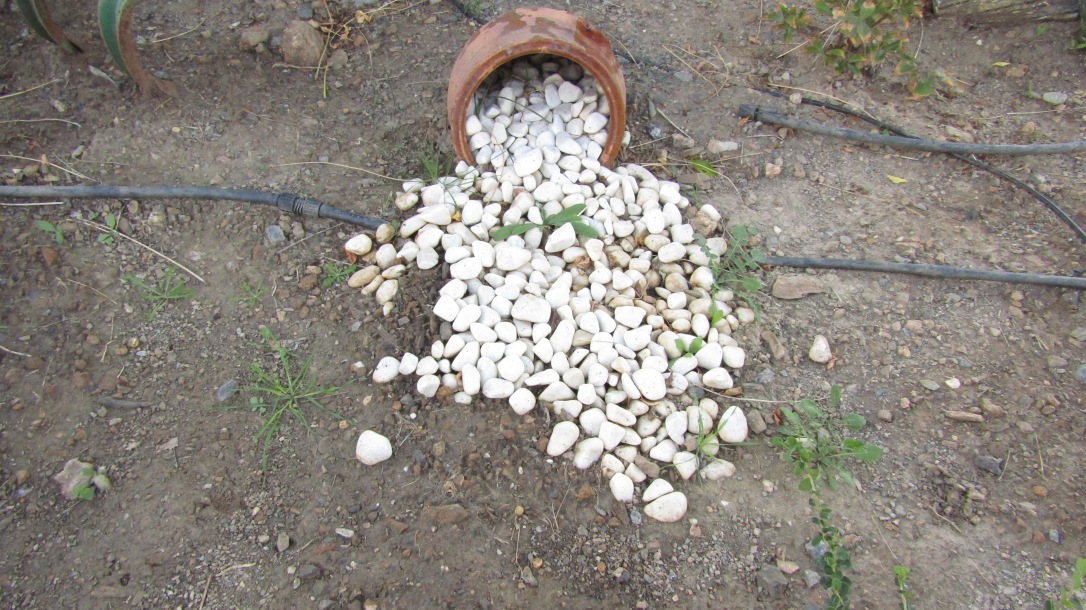 And so, Tuesday 2nd October. Gibraltar.

And Dolphin watching. And dodging oil tankers, fishing boats, Ferries, and the Easyjet arrival from Bristol.

And once navigated. Spot the dolphins of Gibraltar Bay, and then get a good photo of them. 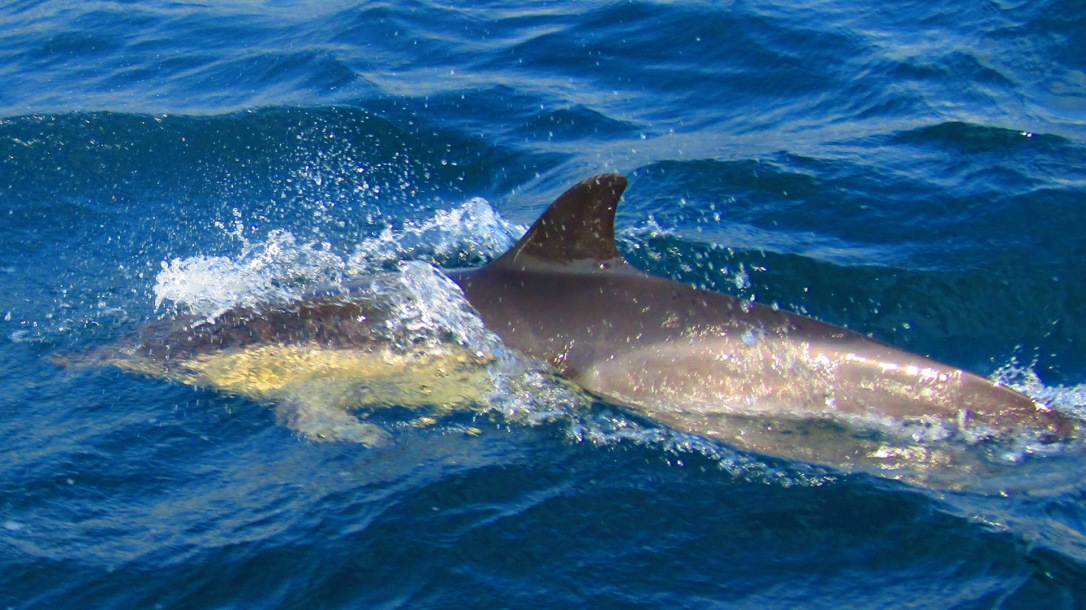 And after getting off the Dolphin watch boat, time to board another boat back home.

And the sunsets on another cruise holiday (see what I did there?) 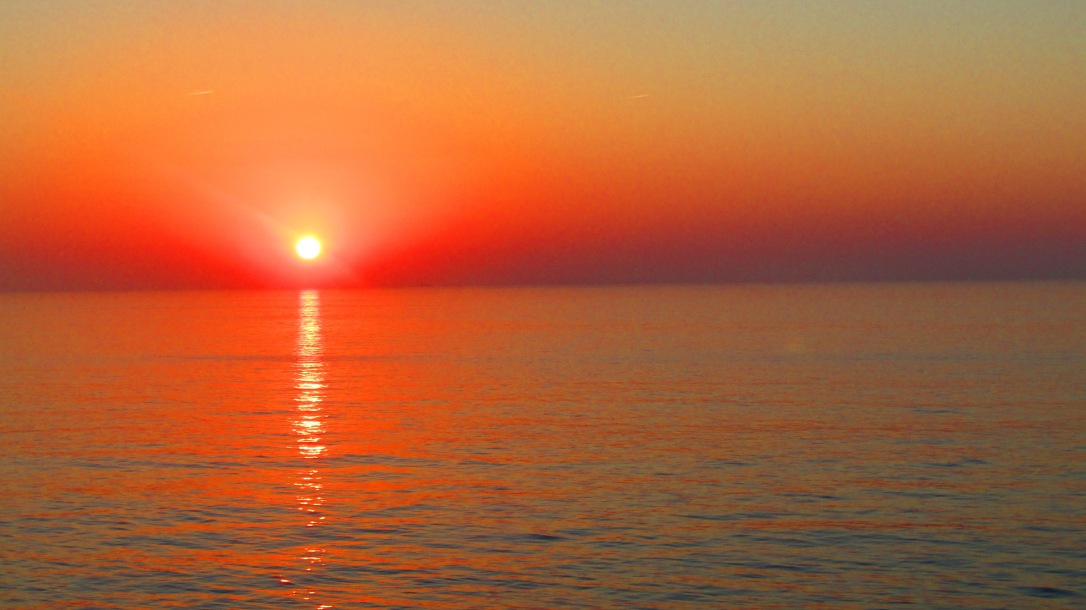 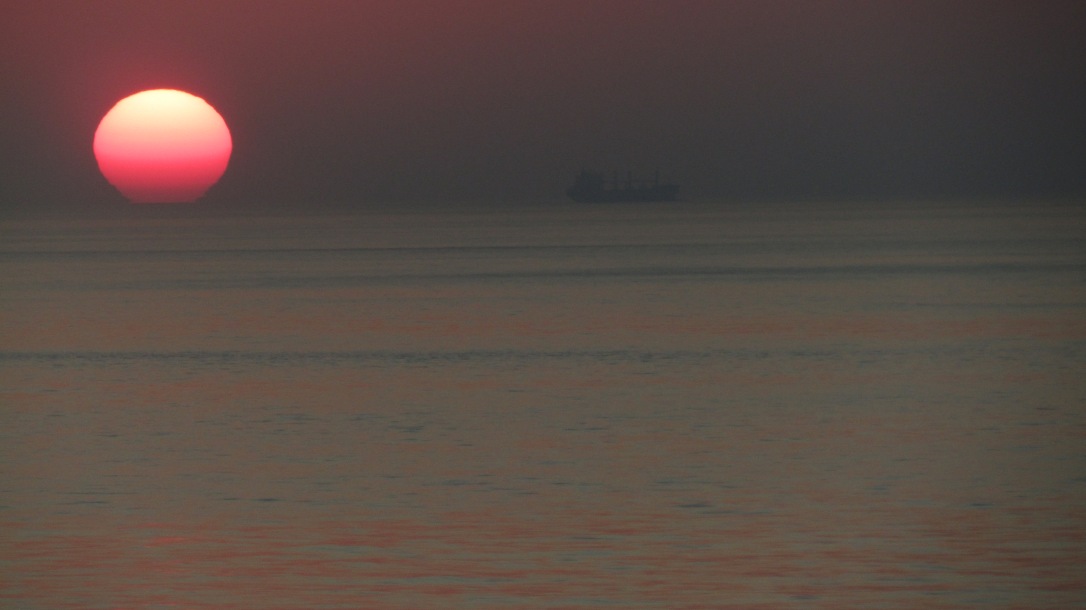 And one last sunrise the next day – this time with Portugal in the background.

Getting around to uploading photos from me hols..

In the meantime. A kerb in Monaco

This is a text widget, which allows you to add text or HTML to your sidebar. You can use them to display text, links, images, HTML, or a combination of these. Edit them in the Widget section of the Customizer.
Loading Comments...